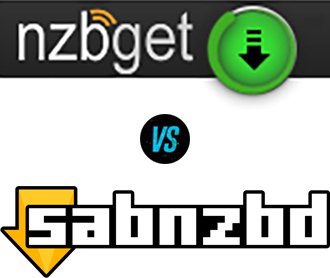 Who is King of NZB?

Firefox or Chrome?  Dogs or cats?  Coke or Pepsi?  NZBGet vs. SABnzbd?  These are the questions that boggle the modern mind.  In the case of Usenet, it's the rising star NZBGet versus the tried-and-true and beloved-by-millions SABnzbd.

There are a number of ways in which the upstart downloader has a significant advantage over its older counterpart.  But the lure of tradition should not be overlooked so easily.  End users are funny that way.  They'll gladly stick with a piece of software that they know their way around in spite of the many advantages a newer and more efficiently designed piece of software might offer them.

But runtime efficiency and resource usage can't dominate the entire discussion, particularly because of the processing speed of modern computers.  The question then becomes: by which standards can we judge a Usenet downloader?

NZB Downloaders: How They Work 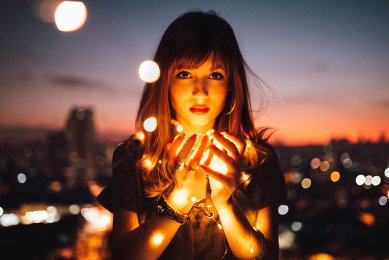 NZB files are Usenet's equivalent to TORRENT files.  The NZB simply points to a specific set of posts in a specific newsgroup, and this tells your software where the files to be downloaded are.  An NZB downloader is responsible for locating, grabbing, and then piecing together a single file that may span several posts.  It is common for an NZB to point to many thousands of posts that make up one large file.

A larger file must be split into smaller parts and posted in pieces. This is because the original RFC for NNTP, which is the protocol that runs Usenet, placed limitations on message sizes.

To make the download process more efficient, many files will be posted in a compressed format.  These days, they are usually compressed RAR archives.  The following outlines the process a downloader must go through in order to bring you a file you want:

What makes this not a massive inconvenience, is that the NZB downloader does the entire process automatically.  In effect, all you're responsible for doing is loading the NZB file into your favorite downloader and a few minutes later you have a new file.

How Should NZB Downloaders Be Judged?

Both NZBGet and SABnzbd accomplish the aforementioned process without a hitch.  Many who have been using SABnzbd for decades have never encountered a single bug.  When you have two great programs that both perform the task that they're meant to perform very well, reviewers are left pouring over the minutia in order to crown a clear winner.

In this case, we've broken down the comparison into a few significant criteria.  These are judged according to which program offers the better user experience.  It should be pointed out that both programs have been given remarkably positive reviews by a large community of users.

In the case of SABnzbd you have a piece of software with an incredibly positive legacy and which was redesigned in 2014 to correct and improve upon some of the issues folks had running SABnzbd.

NZBGet has done a solid job surpassing SABnzbd in certain areas.  It is expected that if development on the project continues, it will not just be a SABnzbd alternative but it will become the preferred choice for downloading.

That being said, there are still some things that SABnzbd does better.

Now, for newer PCs, you're probably not going to notice much of a difference.  If you're downloading on a laptop or an older PC, you're likely going to want to go with NZBGet because it runs much lighter than its older brother.

It is light enough to run fast on Raspberry PI and Synology SAS devices.  This, in essence, underlies the largest difference between the two very popular Usenet downloaders.  Both work on Windows, Mac, and Linux.

As the newer project, it builds on many of the features that SABnzbd offered.  Faster runtime speeds do not result in a loss of features.  NZBGet actually expands on what SABnzbd can do, building on the rich feature set that it has provided its users with for years.

On top of that, it is still in active development, with new features and settings being added each year.  Meanwhile, SABnzbd appears to be in maintenance mode.  The interface and feature list haven't changed much over the past few years, and unless someone decides to fork the project, that looks unlikely to change.

The biggest upgrade from SABnzbd is that it allows users to control the interface from a mobile device.  Third-party apps like Couchpotato and Headphones can now communicate with it using the RCP-API service.

NZBGet has a Slicker UI

One of the issues with SABnzbd is that you have to open another browser tab in order to access different pages.  NZBGet has no such issue.  This is a large part of streamlining the overall runtime speed.  It's also one of the major reasons why it is the preferred choice for older machines or machines with fewer resources.

SABnzbd has one major advantage.  This involves the way it senses whether a new NZB file has been added to the folder it has been told to watch.

Both of these downloaders can sense when an NZB file has been placed in the watched folder.  NZBGet scans the folder every few seconds, while SABnzbd uses a protocol called inotify.  Inotify is superior because it doesn't require the constant effort of re-scanning the folder in order to determine if there is a new file there.

For users that expect their computers to power down or go in to sleep mode due to inactivity after they walk away, this can be a major source of irritation for using NZBGet.  So long as NZBGet is running, the computer will have to be powered down manually.  It will not enter sleep mode after a download has completed and there is no way to configure it any other way.

It simply has a nicer interface.  While both are very minimalist in design, it has the prettier widgets.  That being said, SABnzbd is about as minimalist and uncomplicated as you're going to get.

This may seem a matter of personal preference, but most folks agree that NZBGet has the nicer interface.

Use with Indexers: Both Best

Using either downloader with an indexer offers no significant advantage one way or the other.  The process is simple either way.  You simply go to your favorite indexer, download the NZB and load it through a simple “add NZB” button.

It's Not a Popularity Contest, It's a Feature Contest

A program in active development that has built on and surpassed its predecessors has to be given the edge over a program with years of popularity and success under its belt.  Like so many other things in the modern world, it's not what you've done for me, it's what have you done for me lately.  NZBGet has the clear advantage in this regard.

Still, SABnzbd remains the more popular option for a reason.  It's a terrific program that is easy to install, set up, and use.  NZBGet has the edge in terms of features, interface, and speed, but is it enough of an edge to push SABnzbd from the top spot?

SABnzbd is still the most popular option for a reason.  Its legacy of excellence has put it in a position where a new fledgling successor needs to have a significant advantage in order to match the rate of new users and downloads it records every month.  For as good as NZBGet is, it hasn't distinguished itself enough to muscle its way into the top spot.

As time passes and development continues for the newer Usenet downloader, that will likely change.  Old timers will likely talk about how in their day, you didn't need to configure all those new-fangled features nor the ability to communicate remotely with an NZB downloader.  But it's clear to us that the future belongs to NZBGet.

You can get a head start by reading The Ultimate Guide to NZBGet.