The Ultimate Guide to NZBGet

From performance hacks to full automation.

NZBGet is the latest and greatest in NZB downloaders.  In the tradition of SABnzbd, it runs in the user's browser offering a slick, minimalist interface that is remarkably easy to get the hang of.  New users generally have no issue feeling their way through the process of installing and setting up the software.

On the other hand, it also offers a number of advanced features that improve upon SABnzbd.  If you have not already chosen your software, be sure to see NZBGet vs. SABnzbd for a full comparison of the two downloaders.

While SABnzbd remains the most popular choice by number of users, NZBGet is the rising star.  Not only does it offer the same cross-platform functionality that SABnzbd offers, but it also runs much lighter than SABnzbd.  In other words, it uses far fewer resources, making it the perfect choice for older laptops, Raspberry PI rigs, and any other devices on which RAM and CPU speeds are in short supply.

You might be inclined to think that because the software runs lighter and eats up less CPU, it's not as feature-rich.  But the opposite is true.  NZBGet, while clearly inspired by the design of SABnzbd, has built on the rich tradition of open source NZB downloaders.  It provides its users with a slick interface that SABnzbd simply does not have.  Perhaps the best thing about NZBGet is that it's in active development, while SABnzbd is currently in maintenance mode.

These are just a few of the reasons why so many users have begun transitioning from SABnzbd to NZBGet.

The purpose of this article, then, is to help both new users and those that want to fully explore what the software has to offer.  We will cover the very basic topics such as installation and configuration and some of the more complex topics such as automation.  Hopefully, you'll find everything that you need here and be on your way to making great use of this phenomenal NZB downloader.

NZBGet does everything that your standard NZB downloader should do.  On top of that, it has several performance upgrades that make it stand out from the pack.  The file repair process, which can be a bottleneck, is multithreaded and that speeds up downloading quite a bit. 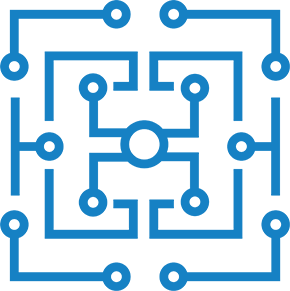 As most Usenet users know, the process of downloading can be slightly awkward.  Files are often split across multiple messages due to restrictions on the size of individual messages.  This creates a situation in which larger downloads have been split into several pieces and must be stitched back together.  If some data is lost, the downloader itself must repair the damage, if it can, in order to bring you your download.

Obviously, this isn't as simple as merely copying a file from one place to another.  Even though NNTP boasts download speeds that are far in excess of many Internet protocols (we've tested to 1.8 Gbps), there is going to be some bottleneck when it comes to repairing and piecing the downloads back together again.  Although a great deal of computation is necessary, the situation is not as dire as Humpty Dumpty's.

It is Faster than Other NZB Downloaders

In addition, it is efficiently designed to optimize the process of repairing and piecing files together.  In fact, it has been designed with efficiency as a key objective of the design.

You'll notice when downloading from Usenet, that a great many file names appear to be gibberish.  These files have obfuscated names in order to hide their content.  This creates a layer of protection between the content itself and unintended recipients.

Obfuscation is a great way to hide content, but it also creates one more task that the CPU has to perform.  Since this slows everything down, NZBGet optimizes the process of deobfuscating filenames with a native algorithm which does not use external tools that are generally used by other downloaders for the purpose of renaming.

Par2 extensions exist in case some of the files are missing or damaged when you go to download them.  Par2 files simply contain extra, redundant information.  The information in these files can be used to repair the missing data.  Once again, your typical NZB downloader relies on an external program for verification and repair.  NZBGet streamlines this process by using its own native procedures.  This prevents a significant bottleneck when a download needs to be repaired. 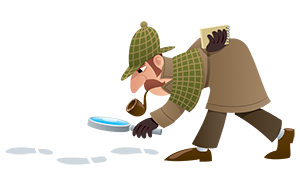 The external interface that typically performs the repairs is called par2cmdline.  This program is great, but it was created several years ago before CPU's were being built with multiple cores.  A multicore variant came out, but this program only works on machines that employ Intel architecture, which can be a little limiting for 2019.

NZBGet uses native code to avoid using either of these external programs.  This modernizes the code to employ multithreading.  It can also work on several CPU architectures.  Windows, Mac, Linux, Ubuntu, and Android are all compatible with NZBget. The 2019 version also works great with Docker.  In other words, no matter what kind of machine you run, the par2 routines will be using all of your computer's processing power.

For those that are interested in automating downloads, the 2019 version provides RSS support with a duplicate checking algorithm that is capable of sensing whether or not you've already downloaded a certain post.

In addition, if one download fails, it can search for and download another similar title from a different thread.

The newest version modernizes many of the features that have caused issues for users in the past.  Because the code is entirely native, it does not have to chain outdated third-party software in order to complete the basic tasks that NZB downloaders need to complete.  For users, it is very likely going to be the future of Usenet downloading.